He struggled with social skills due to having Asperger. He had not been able to sustain a job in the past and this had knocked his confidence and self-esteem. He was supported in CV writing and encouraged to build on his skills further by accessing training. His coach completed some positive activities with him to start to identify some of his strengths and this led to the participant wanting to step out of his comfort zone and to try something new that he would have never considered. He attended and completed a Door Supervisor training course and achieved the qualification. This built his confidence and he then as a result found work in the security sector.

She was referred into the programme as she suffered with extreme anxiety and had very low levels of confidence and self-esteem. At sign up the participant found it very difficult to engage with eye contact and mum did a lot of the talking on her behalf. The coach spent time getting to know the participant and to earn her trust, she supported participant to and from her medical mental health support groups and supported her to the Social Hubs to try and help her build new friendships and confidence. The coach also encouraged her to take up some community projects as the coach had identified her passion for charities and helping the environment. Participant also struggled with leaving the house, her coach would encourage her to try new things and as a result, participant eventually started to meet with her coach at the YMCA this meant she had to walk to the meeting place. Participant then expressed an interest in preparing for work, her coach supported her to put together a CV and also gave her the skills she needed to do productive job search.

Suffered with MS and was as a result isolated and felt alone and her confidence, self-esteem and mental health was suffering as a result. Participant saw no real hope as her health was deteriorating and she had very minimal support available to her. She wanted to meet people and make some friends and have a social life but saw no way of doing this as she could not get out of the house safely and there was no community support at the time being offered, Her coach spent time going out to her and meeting with her in the home for a while so she could get to know the coach and talk about options. Coach explored the available resources to support the participant and made contact with a befriending service. She also explored support groups where participant could go and meet other people with MS and build on her social circle and support network. Coach identified a group and arranged for sessions to be paid for and supported her to and from these groups for a number of weeks. Participant was a little negative at first and didn’t see how this would help, however after a few weeks she started to enjoy attending and looked forward to it, she started to make friends and arranged to meet up with them outside of the groups. She was so much more positive and so we looked into ongoing support for her for when the programme could no longer support her. The coach’s fear was once the support was removed from the participant, she would be unable to afford to access the support or get to and from the groups and this would mean that she would become isolated again and maybe regress. Coach looked at other support and identified as the participant had said that she wanted to build on her IT skills a little and become more confident in using the internet and computers that there was a community centre that offered not only a social group setting but support to build IT skills. Participant was a little hesitant at first but once we got there and spoke to the group leader she felt more comfortable, the support from the centre included transport to and from the sessions weekly and this meant that she would be able to continue to build her social circle even when the programme was no longer supporting her. Participant went on to complete the IT course and supported others within the group and even started to talk about volunteering, this was such a positive outcome from someone who had almost given up.

Participant was referred to me by her family support worker as she had recently fled a domestic violence relationship. Participant had low confidence levels and as she was new to the area, she was socially isolated too. Participant was always interested in volunteering and she told me this from the beginning. Participant attended and completed the Employability workshop, Food Hygiene and First aid as well as completing some courses in the community like cook and eat and fitness and nutrition. As her confidence began to improve, participant attended a few recruitment days and started to look for volunteering opportunities herself. After a few knock backs, she was offered a 12-week work placement at a children’s play centre with the promise of a job at the end. However, when she completed the 12 weeks, due to unforeseen circumstances from the play centre, they were unable to offer her a job. Participant was grateful for everything that she had learned on the placement and had the confidence to carry on looking for work on her own.

Participant was referred to me by the family support worker that was working with her sister at the time, as she needed help and support in finding an apprenticeship in hairdressing. Participant was already quite confident and very pro active and only needed guidance from me. We applied for a few level 3 apprenticeships in hairdressing, but she did not hear from any of them, due to this response she changed her mind about hairdressing so we brainstormed and discussed her options. Participant enrolled onto a nail technician course but carried on looking for part time work too. Whilst on the course, she was successful in getting an interview with a residential care home in the city and was given the job. She has now been in employment and is very much enjoying it.

Participant was referred to me by a crown prosecution mental health nurse. Participant was a carer for his parents and his younger siblings and felt that he needed to get out and earn some more money and do something for himself. He was a very intelligent young man with lots of qualifications behind him. Participant suffered from depression and anxiety and although quite talkative had low confidence and low self-esteem. Participant attended and completed the Employability course and said that this spurred him on to complete a SIA course too. Whilst working with him, he had many ongoing issues with his parents and girlfriend which meant there would be times where I was unable to contact him, and he would DNA our appointments as these issues would set him back again. We started to look into apprenticeships and found one at Quantum house doing Business admin, he enrolled and started this apprenticeship which made a big difference to him as he said that it gave him a sense of purpose.

When I first met with her she was very low in confidence and low in self-esteem. This was all due to a family bereavement. Supporting her for a few months with not much progress and then introducing her to the Social Hub where she would not attend alone, I had supported her at the social hub. She was very reserved and didn’t socialise much. After her attending the Social hub for a few weeks with support. She then went on to attend on her own. She has shown so much progress she had started off with crafts and sewing went onto helping other in the group with activities. She went to an event at Spode by taxi on her own which was a big step for her and had enjoyed the activities. She had attended the Clay workshop at Spode for a 4week Pottery making activity. She started to attend the Social Hub at Burslem once a week where she was supporting others in the Knit and Natter group. She has flourished from when I first met with her.

When I first met with this participant, she had low confidence. English wasn’t her first Language. She came from Bangladesh 19 years ago when she got married to a UK citizen. She was a stay at home mum of 3 children for 19 years. She was to believe that she would not be able to ever get a job or achieve any qualification, this was due to her not being able to speak or understand English very well.  She wanted to do something but didn’t know where to start and how to go about it. I signed her up to Connecting Choices programme after completing the Work Start, I supported her to Stoke college and got her enrolled onto Functional Skills English and Maths course, where she has progressed and achieved qualifications in Functional Skills English L2 and Functional Skills Maths L1. After supporting her for a few months she had expressed to me that she has been informed of a job at a school and she would like to apply for the job as a lunch time supervisor. After supporting her with Job application for the Job at a Primary School. She was accepted for a Job interview and had secured the job. She has expressed to me that she did not ever image that she would get a Job and was very pleased with herself. 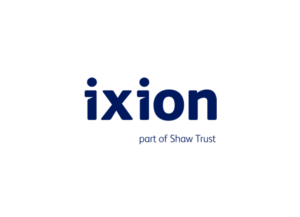 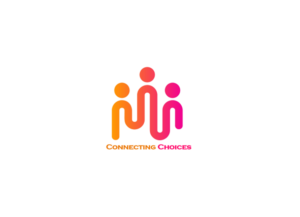 From 10am today (and Wednesday) VAST Volunteering, All the Small Things CiC & WEA Stoke-on-Trent and Staffordshire are hosting the 1st 'Cuppa in the Courtyard' ☕

From 10am tomorrow (and Wednesday) @VastVolunteer, @AtSTCiC & @weastoke are hosting the 1st 'Cuppa in the Courtyard' ☕
A place to support people to connect with local services & each other, to reduce isolation. See you there!

✨Free Online Course✨
We all love a freebie!
Register now for this free online course in taking care of your wellbeing, as well as looking after our wildlife! 🌿🦔🐞